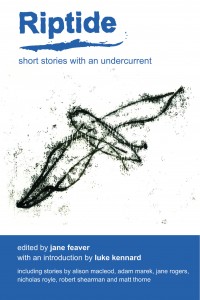 Robert Shearman’s ‘Coming in to Land’ kicks off the collection with a surreal take on faith and flight paths. In ‘Café Bohemia’ Alison MacLeod’s ‘strikingly original voice’ (The Guardian) takes us into an unsettling world of limitless rooms and Adam Marek brings his ‘genuine, unsettling talent’ (The Independent) to the streets of Cambridge, teeming with dead alumni.

Today the streets of Cambridge are crawling with dead alumni. Their ghosts perch on punts, trailing their fingers through the green weed without raising a ripple. They fly round Trinity college’s Great Court, performing the 367m run before even the tenth of the twenty-four chimes. They cheer themselves, but their cheers reach no corporeal ears. The dead waft through the Grand Arcade, raising goosebumps on the fresh navels of girls texting outside Topshop. They hover at the doorway o the Apple store, whooping every time a fresh burst of radio waves casts them across the concourse and dashes their weightless bodies on the ground.

Preston cannot see them, but ever since he Yolanda arrived with their twin girls, he has been aware of something funky in the air.

Coming in to Land – Robert Shearman    1