Featuring winners from our short-story competition. 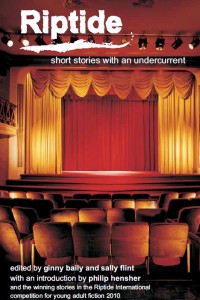 This issue is a special one, featuring the ten winning stories from our short story competition for young adult fiction and with an introduction from our competition judge, Philip Hensher.

The competition was run as part of the exetreme imagination festival of literature for children and young people, which also helped fund this volume.

Sheena Wilkinson , whose first novel ‘Taking Flight’ has just been published, won first prize for her story ‘What you Will’ which captures the fragility of the teenage ego.

Eric Devine’s ‘Times Like These’ is a story about the changing dynamic of the American family. His novel for young adults ‘This Side of Normal’ was published by Long Tale Press in 2009.

Amy Shuckburgh’s ‘The Lifeguard’, the story that won second prize, is a sensitive portrayal of changing family relationships and dealing with illness.

The teen team’s readers’ prize went to Kristen Bailey for her ‘Ward 51: Wings’ set in a dystopian alternative reality where children have mutated.

I’d Do Anything − Jenny Knight 9

My Brother, the Fly − Amy Bartlett 99

What You Will − Sheena Wilkinson 109