A Brief History of Riptide 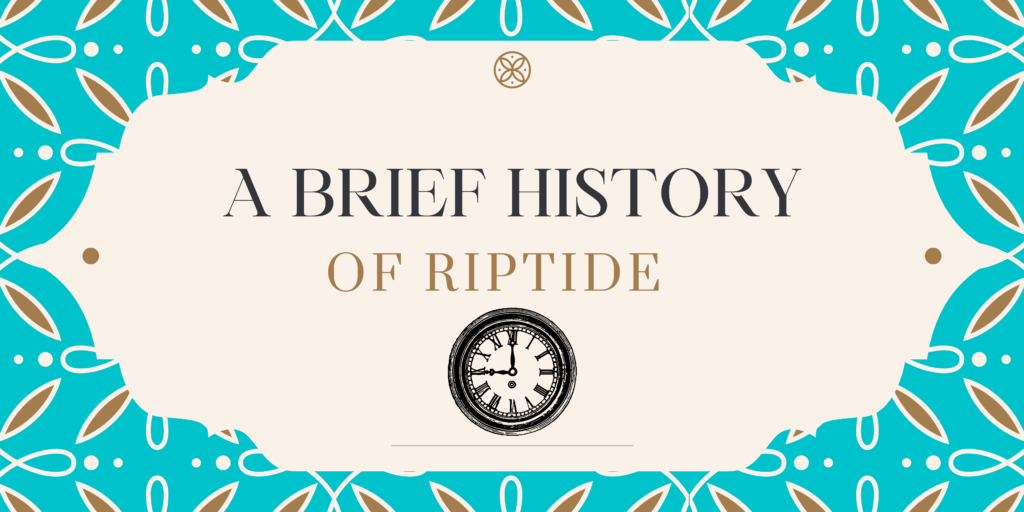 The idea for Riptide – the name was inspired by a walk along the seafront at Lyme Regis – came out of a discussion about the lack of opportunity for writers to get short fiction published in the UK. We successfully applied for Arts Council funding (£3000) in 2006 for the pilot issue; this was spent on setting up a website, advertising our presence /calling for submissions, printing, cover design and paying the writers whose work we selected. From the outset our ethos was for Riptide to be a ‘not for profit’ journal/anthology, and to publish new voices alongside established ones. We kept costs down by working for free, and office space was provided by the Department of English and Film at the University of Exeter.

After the first flush, we struggled financially – only able to pay our writers after we had sold a few copies of the volume their work featured in. We shamelessly called in favours from musicians, artists, academics, authors and undergraduates to keep the show on the road. We have been fortunate to gain the support of ‘a name’ – well-known, established writers for each volume. Floella Benjamin, John Burnside, Helen Dunmore, Philip Hensher, Joanne Harris, Michael Morpurgo, Michael Rosen, Tessa Hadley are among those who have generously either given us stories or written introductions. We are proud to have spotted up-and-coming talent.  Many of our contributors have gone on to achieve success as writers.

For some volumes with specific themes, we have received small pots of funding, (as part of Exetreme Imagination, Wordquest Devon, from the Department of English and Film, and University of Exeter’s Alumni Fund) and included poetry, life writing and science writing.

Student volunteers have been invaluable in helping with administrative tasks, marketing, reading, proof-reading, and with our launch events. We were keen to be able to offer a challenging but focussed and supportive work experience to the undergraduates who took on this role.

We were and continue to be amazed at the response for calls for submissions. Stories not only arrive from the UK, but also from across the world. Consequently, we also get orders for Riptide across the same demographic.

Launch events have not only been celebrations of bringing writers and readers together; they also help gain press coverage, and get noticed on social media (Riptide authors and editors have been on Radio Devon and Phonic FM; the Express and Echo, Devon Life, Western Morning News have all covered our launches). With live music, wine and readings launches raise the profile of the book and kick-start sales; they have been at the University, Exeter Central Library, Royal Albert Memorial Museum in Exeter, and most recently Exeter Custom House as part of Quay Words with Literature Works.

Riptide is used in education and community settings on different levels too. For example, in schools, at universities and, further afield, students researching short fiction also study the journals. The anthologies have also been part of Exetreme Imagination, Literary Festivals, Devon Drugs Project and the probation service in ‘Stories Connect’ as a way to promote discussion among clients.

Now in 2021 as writer and editors we’re excited that Riptide is becoming part of a new MA Publishing programme at the University of Exeter, where, as part of an innovative thinking team, the journal can grow; and where we can continue to champion short fiction as a form in contemporary literature.