For volume 14, Riptide invites short stories that take their inspiration from collisions minute and stellar. Narratives might animate clashes, crashes, conflicts, revisions, calculations, near misses, or shared interests and atmospheres. A collision could be an eventuality of error and errantry; it could be a beginning. Whatever your approach, and on whatever conceptual scale you wish to work, Riptide welcomes your submissions.

Riptide are announcing their annual 6 word short story competition for December 2014 on the theme of ice! Please send your entries to editors@riptidejournal.co.uk, comment on our facebook post or tweet @riptidejournal. Looking forward to seeing all of your entries. 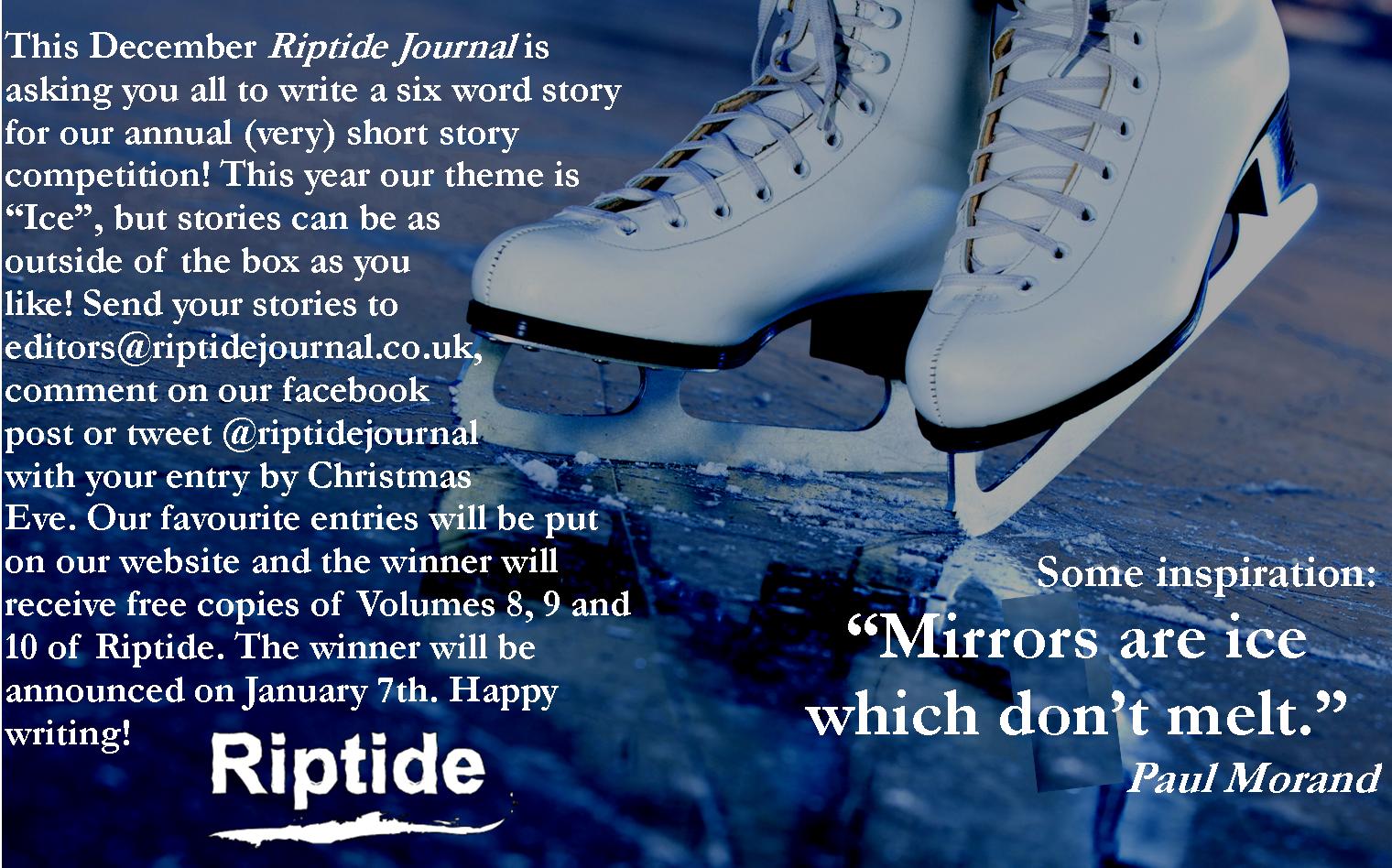 As part of exetreme imagination Riptide is delighted to have published 2 childhood-themed collections – one of short stories and, for the first time, one of poetry. Vol. 8 includes an introduction by Baroness Floella Benjamin OBE and vol. 9 by National Poetry Prize winner Julia Copus. More details about each book which contain writing by established writers and new talent  are on our shop page. The launch of the books at the Royal Albert  Memorial Museum was a great success with contributors coming to read from as far away as Scotland. http://www.riptidejournal.co.uk/?p=1009

Organised by the founders of the prestigious Bridport Prize, this year’s Bridport Open Book Festival is definitely one for the calendar.

The festival takes place from the 19th to the 26th of November, and includes music, film and writing workshops, as well as readings from a combination of up-and-coming and established writers (including this year’s Bridport Prize judges – Carol Ann Duffy and AL Kennedy).

The Bridport Prize offers over £15000 in prize money each year to exceptional short story, poetry and flash fiction writers, and its list of previous prize-winners includes Riptide writers Graham Mort, Adam Marek and Vanessa Gebbie. The festival that now accompanies the prize is testimony to ongoing support for the arts, in spite of the economic downturn.