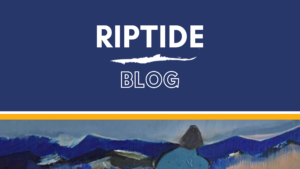 This new Riptide blog has been created by MA Publishing students at the University of Exeter, who have been working as part of the Riptide editorial and marketing teams. This post has been written by Hannah Collins.

The Riptide community works together to champion the short story and provide space for both established and new writers to showcase their talents. The Editorial Board, which supports and challenges the editors and helps them expand the journal’s reach and vision, is a vital part of this collaboration. Here we introduce you to our talented, committed and critically acclaimed editorial team and give you some insight into their work.

Sally Flint and Virginia Baily are the founders and lead editors of Riptide. Virginia Baily is a novelist and short story writer, the author of three novels: Africa Junction which won the McKitterick prize in 2012, Early One Morning, a Sunday Times Bestseller, dramatized on BBC Radio 4 and, most recently The Fourth Shore. Sally Flint is a poet whose writing has won awards, been anthologised, and she has two collections published. Her interest in environmental and socially committed writing means she works alongside scientists and health care professionals to utilise the arts to get key climate change messages across to a wide audience. She is creative writing lead with Climate Stories and the poetry project One Chance Left presented at the Science Pavilion at COP26, and with Arctic Basecamp. If you’d like to learn more about the duo and their involvement with Riptide, then please take a look at and check the first post on this blog and check out the first episode of the Riptide podcast!

Riptide’s Editorial Board is made up of four leading writers, each committed to expanding the literary space for short fiction.

Kit de Waal, born to an Irish mother and Caribbean father, was brought up among the Irish community of Birmingham in the ‘60s and ‘70s. Her debut novel My Name Is Leon was an international bestseller, shortlisted for the Costa First Novel Award, long-listed for the Desmond Elliott Prize, and won the Kerry Group Irish Novel of the Year. Kit de Waal wrote the foreword for Riptide 14, Collisions, describing the stories as: ‘[being] concerned with family life, intergenerational relationships, with life and culture beyond the here and now. There are stories about the fragility of mental health reflecting the catastrophic events of the last two years and stories of love and kindnesses that give us hope in an almost unrecognisable landscape.’ 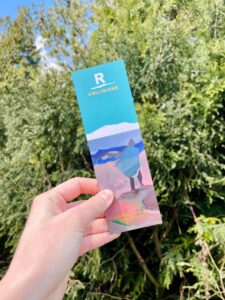 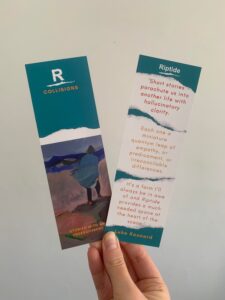 Luke Kennard is a poet and writer of fiction who has been a champion of Riptide from the outset; his short story ‘Chickens’ was published in the very first issue of the journal. In 2021 he won the Forward Prize for best collection ‘for his anarchic response to Shakespeare’s sonnets’, entitled Notes on the Sonnets. He has published five collections of poetry. He won an Eric Gregory Award in 2005 and was shortlisted for the Forward Prize for Best Collection in 2007. When discussing short stories, Kennard remarks that they ‘parachute us into another life with hallucinatory clarity. Each one a miniature quantum leap of empathy, or predicament, or irreconcilable differences. It’s a form I’ll always be in awe of, and Riptide provides a much-needed space at the heart of the scene.’

Billy Kahora also makes up part of this team, a Kenyan writer and editor who currently teaches Creative Writing at the University of Bristol. He was highly commended by the 2007 Caine Prize judges for his story ‘Treadmill Love’; his story ‘Urban Zoning’ was shortlisted for the prize in 2012, ‘The Gorilla’s Apprentice’ in 2014. He also worked for nearly a decade for Kenya’s leading literary publisher Kwani Trust, editing seven issues of the Kwani? journal.  Billy recently attended the launch of Riptide 14 at Kaleider Studios and commented on ‘being immediately drawn into the worlds of the stories shared by L. K. Kraus, Harriet Phoenix and Abigail Williams in their readings’.

Olumide Popoola is the newest addition to the Editorial Board and her story ‘Inside Out’ forms part of Riptide 14. Nigerian-German Popoola has published widely including essays, poetry, and a play. She is the creator and leader of ‘The Future is Back’, a scheme for emerging LGBTQ+ writers. Her critically acclaimed novel When We Speak of Nothing was published by Cassava Republic Press in 2017. In 2019 Jackie Kay named her one of Britain’s ten notable Black and Brown writers.

Riptide 14 has been published in partnership with the University of Exeter’s pioneering MA Publishing programme. This is led by Dr Kate Wallis who is a Senior Lecturer in World Literatures in the Department of English and Film at the University of Exeter. Her research examines Africa-based publishers and festivals, and global literary networks. She is also an editor and literary producer with 20-years’ experience of working in the publishing industry. She is a Director for Kigali-based publishing company Huza Press and a co-founder of http://www.africainwords.com

If you’d like to read more about our fantastic team, then please follow the link below and keep your eyes peeled for more appearances from them on the Riptide blog and podcast!

A Night with Riptide